Reactive programming has long been used to simplify handling asynchronous code in Swift and Objective-C. At WWDC 2019, Apple introduced their own reactive framework "Combine", a declarative Swift API for processing values over time. Combine has many similarities to existing frameworks like ReactiveSwift and RxSwift, but differs in a few key areas.

This talk gives a brief introduction to asynchronous event handling with the Combine framework and shows how complex asynchronous code can be simplified with event streams. We will cover some more advanced patterns and show how to transition existing reactive code to Combine by bridging to the existing frameworks.

Slides with speaker notes and sample code will be made available after the talk for further study. 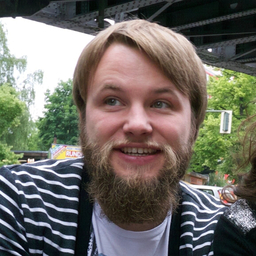 Sebastian is a mobile developer at Canva where he is empowering the world to design on the go. He is passionate about building robust code and finding simple solutions by applying functional (reactive) programming paradigms. Before joining Canva, Sebastian worked on award winning education apps for children, some of which were featured on devices in Apple Stores around the world.